A Prairie By Any Other Name… 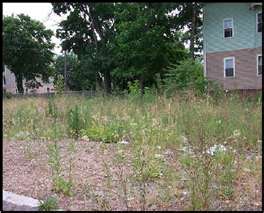 Moving to the suburbs did not prove to be as difficult as I’d feared.  In fact, I have to admit, it’s been quite nice.  Of course, I’ve had twenty-five years to get used to it.  When my older sister (from whom I’ve learned most of the important things in life) moved out to the boonies, she’d had a completely different experience.  She had moved from an apartment above a pharmacy (a really nice apartment, though) to a beautiful home in a very desirable western suburb.  It seemed a dream come true.  But, it didn’t come without reservations.  The biggest being, what’s the water going to be like?  That was always the question.  That was the question from our parents and five brothers left behind.  Because, we knew that outside the city limits, existed the wild frontier, unknown, unchartered and definitely without Chicago water.

We were quite bold to leave the security of the South Side of Chicago and venture into the perfectly planned communities of which we’d heard, that lay west of Cicero Avenue (and, let’s be honest, even that was pushing the boundaries – Kedzie Avenue was more like it).   Our experiences differed, though, because many of my sister’s neighbors were corporate transferees from all over the country.  They seemed eager to become best friends with their new subdivision neighbors and were almost scary in how quickly their homes were completely decorated to their taste.  It was hard to put her finger on it, but something just didn’t feel right.  Everything was too perfect.  She missed the haphazardness of the city, where a house sat yards away from a car dealer which was situated next to a dime store, located conveniently near the bus terminal.  No one would understand.  Instead, she was surrounded by Stepford Wives.  She stressed over her appearance when dropping her kids off at school.

My move, on the other hand, was much easier.  And, the irony is that I moved even further west.  I mean, my single, city-dwelling brothers swear they’re about to fall off the edge of the earth as they keep driving and driving…  But what made my move a smoother transition, I think, was the fact that, instead of being surrounded by transferee-perfect people, I found myself in the midst of a lot of other South Siders.  In other words, normal people.  It seemed everyone I met was from the South Side.  I was home!  And, on top of that, much to the chagrin of my in-laws I sometimes think, several of my husband’s sisters married South Siders!  So, I never felt far from home.

But the one thing that separates us from the rest of humanity is our distinct colloquialisms (yes, I used spell-check).  Of course, when you’re surrounded by others who speak in the same tongue, your language seems perfectly acceptable.  It’s when strangers start giving you that look – those of you from Chicago (I’m extending this to all Chicagoans, not just South Siders)  You know the look.  It clearly says, “I have no idea what you’re talking about.”  It starts with a slight furrow in the brow when you mention the “frunchroom” and travels a little further south, to the eyes, as they squint, trying to appear as though they’re comprehending your words when you refer to the gangway and ends with a “Hmmm…that’s really interesting” when you discuss the prairie down the block.

I learned the hard way.  One evening during a pleasant drive, I casually uttered the word “frunchroom” to my husband (who, by the way, grew up in the town in which we now reside) and he kinda lost it.  He said, and I quote, “First of all, it’s NOT a frunchroom.  It’s a FRONT ROOM.  And, it’s not even a front room.  It’s a living room.  That room you walk into when you enter a house is a LIVING ROOM.”  I was taken aback at his hysterical outburst.  I mean, I knew some people called that room a living room.  I guess I just hadn’t realized that I’d married into a “living room” kind of family.  I learned at that moment that I had to make some changes.  I have to admit, though, that I still feel a little funny when I refer to the living room or the family room (it’s really the TV room – we all know that) to my brothers.  But, those are the kinds of concessions you make when you enter into marriage.

There are many more of these lovable phrases that I ask anyone who has lived in Chicago or has the great fortune to know a Chicagoan, to add to your list of favorites.  I will leave you with one of my favorite stories.  Whenever a Chicagoan meets another, no matter where in the world the meeting takes place, the first question is ALWAYS, “What parish are you from?”  ALWAYS.  So, in closing, I’d like to share an amusing anecdote.  Several years ago I was introduced to a fellow South Sider, and when I popped the inevitable question, she responded, “I’m Jewish…but I’m from St. Denis.”  I always thought that line perfectly defined our Chicago experience.  A prairie by any other name is really just a vacant lot under which a lot of family pets are buried.  A lot…

7 responses to “A Prairie By Any Other Name…”