If I Were A Rich Gal…DoBeDoBeDoBeDo… 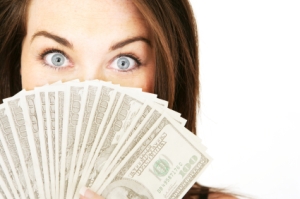 A Massachusetts man who bought a pair of lottery tickets at a grocery shop to break a $100 bill for lunch has ended up winning $10 million.

Lottery officials announced Thursday that Richard Noll and his wife claimed the prize at lottery headquarters in Braintree this week. He chose a one-time payment of $6.5 million after taxes.

The Revere man says he needed to break a $100 bill to get lunch at a sandwich shop, so he bought two $20 “Platinum Millions” instant tickets at Lanzilli Groceria in East Boston. The shop gets a $50,000 bonus for selling the winning ticket.

Noll says he wants to buy a house, make investments and take his granddaughter to Walt DisneyWorld.

My first thought about this story is that, hey this guy already had more money than me to begin with…he was breaking a hundred dollar bill. Actually, that’s not true. My first thought can’t be printed because:

B. You thought I was going to say “2” didn’t you? That’s kind of an old joke people…

I have often thought about how much money I would have to win to be completely free of all debt and the answer isn’t pretty. I figure, in order to pay off our mortgage, credit cards, stores, cars, parent PLUS student loans, our four kids’ student loans and a couple of charities dear to me, I’d need a cool million. Easy. Truthfully, a little over a million would help get our youngest through her last two years of college. Well, a little more would be nice to cover her graduate studies… And, I wouldn’t scoff at another half mil on top of that… ya’ know…just to have a little something to stash away.

So, there you have it. A take-home winning of $1.6 million would do quite nicely. Although, I always thought I’d want to share my good fortune with family and a couple of friends, so let’s just make it an even $3 million. Hey, man, I’m not being greedy –  my husband and I come from big families.

I thought slipping two instant lottery game tickets into everyone’s Christmas stocking this year would surely net someone good luck, but it turned out I was the luckiest one of the bunch, winning a whopping three dollars. After reading this story however, I’m feeling lucky. I think a trip to the store is in order to see if I can make that win turn into something much bigger. Wish me luck. You might be one of the beneficiaries of my good nature…

Don’t Worry…We’ve Got Your Back 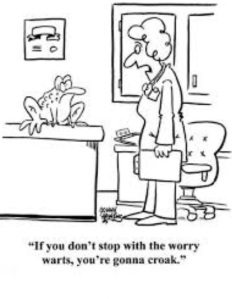 “I think you’re just saying that because you’re worried about me.”

Those words were quietly uttered to me by my son last week when my husband and I suggested he lengthen his stay at our house over the holidays. I was taken back a bit by his words, but had to admit, he was right. We were worried about him. He had been recently dealing with a lot of stress which led to sleep issues, but seemed to improve so much while at home, goofing around with his sister and two brothers. A change of scenery and a break from the stress he’d been dealing with worked wonders for him.

I later explained that he was right.  We did worry about him, just like we worry about all of our kids. Yes, he’s twenty-eight years old. Yes, he’s married. But we’re parents and parents worry. That’s what we do best. And that’s normal. END_OF_DOCUMENT_TOKEN_TO_BE_REPLACED