The Life and Times of Nathan Badley... 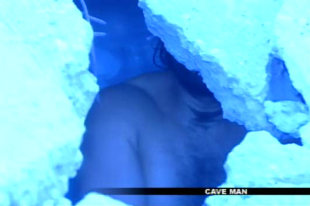 A group of hikers were headed into McKelligon Canyon this week when a man jumped out of a cave, startling all of them. This is completely understandable. There are very few things I expect to jump out of a cave, and a human being is definitely not on that list.

While most of the group was ready to call it a day and head out, one brave soul refused to listen to that part of the human brain that gives you common sense advice like “don’t touch that fire” or “leave the man who was hiding in a cave alone.” He headed back up and interviewed him with his cell phone camera. The man was not just hiding in the cave.

The man was in his home

For the last three years, residents of a local apartment complex near the McKelligon Canyon have witnessed this hairy, bedraggled man wandering about…