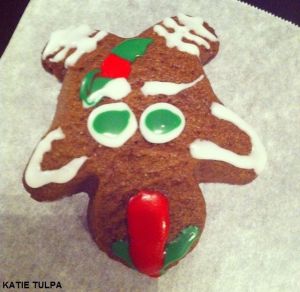 Ooohhhh, a new thing to add to my list of things I hate:  craft projects.  Wow, I cannot believe I overlooked that.  And to think I started out planning to write about one of the things I like!!  That will come in good time. But, I just saw something that reminded me of crafty things and, whoa,  I had to change course.  I suppose I should make an important distinction here.  I’m talking about projects that force unwilling participation, all in the name of fun.  I don’t know, maybe it’s the people I hate.  And, to be perfectly honest, I haven’t been coerced into any creative project recently.  But, the pain is still there.

Probably one of the worst moments in memory actually occurred about  eighteen years ago.  And yet it still feels like the band-aid has just been ripped off.   My oldest son was in second grade.  Christmas was approaching and I had received a call from a well-meaning (I’m still working on the forgiveness step) mom, asking if I would mind helping out with the classroom party.  My primal instinct was to recoil, but I fought that with, “Help?  Um…sure.”   All I needed to do, I was told, was to bring into class thirty red ribbons, cut into six-inch lengths.  Reluctantly, I agreed.  It seemed simple enough.  I have to admit that I was pretty darn proud of myself, too.  I entered the classroom that day, rather cocky, as I handed over, not thirty, but forty red ribbons, cut into six-inch lengths.  Yeah, that’s right, forty.  You, know, just in case.

What I was not prepared for was the frenzy of activity I found myself embroiled in upon entering that room.  Mothers were running around frantically, as they decorated the room and set out a table of “snacks” that sadly resembled my Christmas menu.  One mom stopped me, as I was about to make my escape, and asked if I could pleeeeaaaassseee stay and help for just a little while because time was of the essence.  The room had to be completely ready when the kids returned from an assembly with Santa.  Reluctantly (again), I agreed.  I set my youngest son down, who was sound asleep in his car seat and bundled from head to toe in winter gear and tried to appear useful.

The kids were, indeed, surprised at the transformation of the room while they were gone.  Before entering the room with my ribbons, I had naively thought the party would be reminiscent of my school days.  You know, talking quietly with your neighbor and, if we were really good, playing some games like Yahtzee or, everyone’s favorite, Seven-up.  Maybe one or two kids might pass around a bag of candy, one per person.  (Okay, I went to Catholic school, but still, I’m pretty sure that, in those days, public schools were sort of the same.  Pretty sure.)  But, I never imagined the  level of parental involvement that was on display before me.

These kids had planned activities.  Desks had been carefully placed in precise areas of the room, which acted as “craft stations” and suddenly, I was in charge of the “Popsicle Stick Reindeer” station.  The kids dutifully made the rounds of “fun craft stations” until they came to mine. My assigned task was to help them make a reindeer out of a popsicle stick.  I needed a crash course myself and still wasn’t confident about my ability, but I bravely soldiered on.  It became painfully obvious that my station was a complete disaster as a pile-up of seven-year old would-be crafters began to grow out of control.  I was pretty sure I could hear the other mothers at the next station sighing as I desperately attempted to glue fuzzy red noses and black pipe cleaners to our reindeer.  Finally, my son approached and whispered in my ear, “It’s okay Mom. No one really cares if they get a popsicle stick reindeer.”  And with that, I whisked away my infant, now sweating profusely and still asleep, to yet another son’s preschool Christmas show.  As I left, I heard the teacher say in a low voice, “I hate these parties.”  I know what she meant.  True story.  I would love to hear your stories.