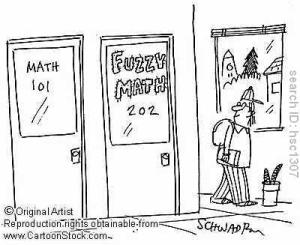 Question:  Are my BWB partner and myself the only human beings on earth who pay the absolute highest amount possible for any item at any given time?  Even when said item is supposedly on sale?  It doesn’t seem possible that it is simply our imaginations.  During innocent conversations with other people who occasionally hit on the hot-button topics of cell phone packages and cable packages, we are routinely reminded of what chumps we are.  And we’re too embarrassed to admit that we’re such losers.

Well, I, for one, have had enough.  I’m sick and tired of paying exorbitant amounts of money for things that everyone else is practically receiving salaries from these companies for the same, or often, less services.  What is that all about?  No wonder we’re broke.  I’ve felt this way for a long time and now I finally have an outlet to vent my rage (and confusion).  No more embarrassment about not understanding the circuitous explanations of these packages.  That’s right – WE’RE MAD AS HELL AND WE’RE NOT GOING TO TAKE IT ANYMORE!  Wow, that felt pretty good.

The final straw actually happened just recently.  My blog partner, well let’s just call her Cooney, told me that her cell phone crashed and all information stored in it was lost.  Don’t you hate how we’ve come to rely so heavily on technology?  Anyway, she sought help immediately at the friendly, neighborhood cell phone branch and happened upon a large advertisement for a new promotion.  The ad stated that you could now pay only $69.99 per month for a set number of minutes.  Cooney was intrigued, as she was paying $99.99 a month for the same number of minutes.  When she inquired about changing her plan to the new one being offered, the helpful employee replied that he would be happy to assist her in calculating what her savings would be.  To her, it didn’t seem that difficult to figure out.  Without wanting to appear like a know-it-all, she decided to let this kid do the math work (of course, with a calculator, paper and pencil).  After watching him tap endlessly away on the calculator, he announced that her savings would be $10.00 a month.  See, this is when it starts.

Now, seriously, are we the only ones who experience this kind of fuzzy math when purchasing cell phone packages?  She asked him how he came up with that number, and he proceeded to engage her in a mathematical equation that would have had poor old Albert Einstein faint of heart.  Not wanting to visibly show her confusion, she meekly asked if she currently pays $99.99 a month and the new price is $69.99, wouldn’t she be saving $30.00 a month?  Before the last word exited her lips, she immediately recoiled in anticipation of his condescending response.  He walked her through the math problem once again, and it’s a good thing he did, because, in doing so, he realized that he had forgotten to add a few numbers here and there and that, by going with the new promotion, her monthly bill would actually go up $2.00 a month.

Her knees went wobbly at the logic being employed and just said, “Is my phone working now?  I think I’m just going to go home.  I feel a headache coming on.”

That is the story of our lives.  My own family plan is ridiculously high, leading me to visit the local branch a while ago, bill in hand, to see what could be done to get it down.  I wanted to know where we could make some cuts.  The monthly statements are absolutely impossible to interpret, but even the manager couldn’t believe how steep the amount owed was.  It’s also an extremely complicated plan, as we have six phones, but a family plan can actually only have a maximum of five phones, so within our plan, we are broken up into two sub-plans of three phones each.

After carefully studying our bill, the manager said the only thing she would recommend would be to add even more to our already bloated account since we were using features that were not a part of the plan, which added to the overall cost every month.  So, the solution to my obscene cell phone bill was to actually add more features to it.  She couldn’t assure me that this bold move would lower our payment, only that we would be using our plan more efficiently.  Huh?   I walked out feeling queasy.  Upon arriving home, I almost asked my very expensively educated children to redo the math for me, quite sure that those tuition costs were not in vain.  But I was afraid that they would come up with a number so off the charts that I would have no choice but to believe I was lucky to get out of the cell phone store only owing what they decreed, or that my brilliant, young (and, did I mention expensive?) minds didn’t learn a thing in school.  That only made me feel more nauseous.

And don’t even get me started on cable packages.  Several years ago, I called our cable company (which we have since switched – another traumatic tale) to order a digital cable box.  After navigating the endless menu prompts, I eventually was put on hold and told to wait for the next available representative, as my call was very important to them.  Finally, a woman’s voice asked how she could help me.  I told her and was then asked what cable plan we currently had.  Not knowing, I inquired as to whether she could just look it up on her computer.  She discovered, at once, that we had middle tiered package (sounded about right), but now with the digital option, we could change our plan and actually save money.  That phrase makes me very nervous.   I could feel my lunch coming up and told her that we were fine with whatever package we already had.

But, I was told, by upgrading to the next level, I would be able to enjoy premium movie channels for a limited time (the word “premium” is really used loosely here) and I could still save money every month.  All I would be required to do was cancel the movie option after the stated number of months of enjoyment, if the unthinkable happened, and I decided that I still didn’t want them.  By keeping one movie channel, I would pay a set amount for the first, third, and fifth months.  The total cost could be further brought down by adding a sports channel package as well, which would result in monthly savings for the sixth, seventh and ninth months.  If I chose to keep one or more movie or sports channels, my cost per month would only slightly be adjusted.  My head was spinning, as I furiously scribbled notes on a piece of paper:  “Save money.  Premium movies.  Package.  Deluxe?  Basic?  Save money.  Cancel at any time.  Cancel after three months.”

At last, when I hung up, I wasn’t exactly sure what package we had settled on, or if I even made the appointment for the cable guy to install the box.  I sat down, took a couple of deep breaths, and thought maybe we really don’t need cable, after all.  Of course, that was crazy-talk.  Without cable, my family would be forced to interact with each other, and that could get ugly.  I know, because after we moved into our house, I realized that I never called to have cable installed in the new house.  Panic was wide-spread until I coolly informed them to relax, I was going to call right away and take care of it.  Sheesh.  When I was informed that it would be two weeks before they could get a guy out to the house, I quietly hid in my room until my hero, the cable man, came.  It was hell.

So, here I am, once again, at the mercy of deceptive packaging and fuzzy math.  But the thought of fighting it makes me want to reach for the Extra-Strength Advil.  Extra-Strength, because in the words of Jerry Seinfeld, Strength just isn’t good enough anymore.