YEP, THAT’S RIGHT.  I WAS RAISED IN THE BEST CITY IN THE WORLD – SWEET HOME CHICAGO

SOUTH SIDE IRISH THROUGH AND THROUGH!

Just felt like sayin’ that.  I’ll go back to what I was doing and leave you alone now… 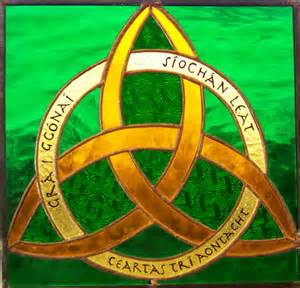 This has to be one of the most entertaining TRUE stories of Irish history.  The moral of this story:  You can’t keep a good Irishman down! Here’s a  true story about
Nine Famous Irishmen

In the Young Irish disorders, in Ireland in 1848, the following
nine men were captured, tried and convicted of treason against
Her Majesty, the Queen, and were sentenced to death.
John Mitchell, Morris Lyene, Pat Donohue, Thomas McGee,
Charles Duffy, Thomas Meagher, Richard O’Gorman, Terrence
McManus and Michael Ireland.

Before passing sentence, the judge asked if there was anything
that anyone wished to say. Meagher, speaking for all, said:
“My lord, this is our first offense, but not our last. If you will be
easy with us this once, we promise, on our word as gentlemen,
to try to do better next time. And next time — sure we won’t be
fools to get caught.”

Thereupon the indignant judge sentenced them all to be hanged
by the neck until dead and drawn and quartered.
Passionate protests from all the world forced Queen Victoria to
commute the sentence to transportation for life to far away wild
Australia. In 1874, word reached the astounded Queen Victoria
that Sir Charles Duffy, who had been elected Prime Minister of
Australia, was the same Charles Duffy who had been
transported 25 years before. On the Queen’s demand, the records
of the rest of the transported men were revealed and this is what
was uncovered:

World through my lens