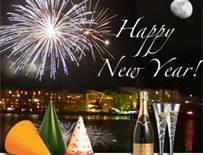 Hmmm….where to begin… First of all, let me wish all of my BWB friends a Happy New Year.  Now, on to the important matters of, umm, me.  Yes, I’ve been giving the year 2013 a lot of thought and, basically, here’s the deal:  I’ve already decided that it’s gonna’ be a good one.  Mike will make his first million in the world of high finance, prompting him to turn his good fortune into a better fortune by producing Brian’s first blockbuster film, which will be the buzz of Hollywood with Oscar talk for Best Picture, Best Director, Best Writing (Best Screen Play?  I’m not sure what that one’s called.  I’m still learning, so cut me some slack) and, of course, (Pete, I haven’t forgotten you), Best Film Score.  Little sister, Mary Kate, will be proudly standing by her brothers as an assistant something or other.  Kidding, MK.  Everyone knows you’re already being projected to be a better musician than that other kid in the family, so, of course, you’ll be probably still an assistant something because, well, let’s be realistic, you’re only eighteen years old.   Let’s graduate high school first.  I mean, come on.  Anyway, back to me.  My children have been carefully groomed in the art of a great acceptance speech by Yours Truly: keep it short and sweet and, whatever you do, do NOT forget to thank Mom and Dad.

So, there you have it:  my 2013 in a nutshell.  Not bad, really.  I mean, it could happen.  Mike does work in the world of finance.  Brian is getting his Master’s degree in digital film/screen directing.  Pete is an accomplished musician, loves composition and has collaborated with Brian during the early film years and Mary Kate is eighteen years old.

It’s fun to dream, anyway.  And that’s what the New Year represents to us all, doesn’t it?  Dreams.  A new slate.  New possibilities.  Ooohhh, and a new dress for the after-Oscar parties.  I should probably start looking now.  Maybe once I get my balances down at Carson’s or Von Maur, that is…

P.S. May all of your wildest dreams come true