This post was actually written by a friend of mine. She shares the hair-raising tale of Robert the Doll. Read on, if you dare… 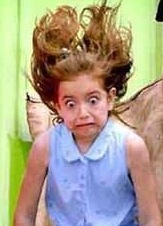 Miriam-Webster defines the word “vacation” as a time of respite.  Jim and I have different definitions.  Well, actually, Jim is right on board with Webster’s definition.  He’s just not so sure we’ve ever accomplished that, probably due to my definition of the word.  I love to be scared.  I love scary movies, ghost stories and haunted houses.

Therefore, when we choose a vacation destination, aside from considering the more conventional tourist attractions – you know, sunny skies, white sand beaches, museums, water parks, historical landmarks, etc. – I always look up local lore and make sure that at least one attraction is guaranteed to result in sleepless nights.   So, naturally, when I planned a family trip to Key West, FL, it seemed, on its surface, to be a perfect spring break get-away.  What I didn’t tell anyone, though, is that Key West is considered to be the most haunted place in the United States.  I really scored big on that one, although it proved to be the last time my family would indulge my disturbing past-time.

After spending a beautiful sun-soaked day at the beach and hitting all the touristy souvenir shops, I thought it would be a blast to spend some quality family time together on a midnight haunted ghost tour.  The tour guide was perfectly campy in the role of a ghoulish undertaker, completely decked out in his long black coat, creepy top hat and lantern.  We began the walking tour by visiting the typical locations of ghostly sightings, accompanied by stories of murders and horrors galore.  Up to this point, it was all in fun and even eight year old Abby was fully immersed in the entertainment.  What we did not know, though, was that we were slowly building up to the highlight of the night, which has become, without a doubt, one of the most truly hair-raising stories I have ever heard.  If you’re not familiar with the story of “Robert the Doll”, then I recommend you to either look it up (if you dare), or, if you are faint of heart, just skip this part altogether.

As the local legend goes, “Robert” was a doll created by the Haitian housekeeper of a well-to-do Key West couple for their young son, Eugene.  He was made of straw and had features which eerily resembled the boy. This housekeeper was known to dabble in voodoo and most certainly put a curse on the doll.  At first, Eugene loved his new “friend” and the two were inseparable.  When Eugene became mischievous, it was always “Robert” who was the one causing trouble.  Soon, Robert seemed to completely control Eugene.  Years later, when Eugene married, Robert had secured his place in their home.  Eugene’s new wife, Ann, did not like Robert and often said she felt like he was staring at her.  She insisted that Robert take up residence in the attic.  Not long after his exile, though, Eugene informed Ann that Robert was angry.

You can see where this story is headed, and from the look on Abby’s face, she also had an inkling.   She began screaming hysterically, insisting that we return, not just to our hotel, but all the way back home.  That was it.  Vacation was over.  Period.  Feeling the daggers Jim was directing at me for suggesting such a family outing, we hurriedly separated from the group and headed back to the safety of the hotel.  Unbeknownst to us, though, the actual “Robert” doll, which is on exhibit at a local museum, happened to be on public display at the time, for all to see in a, probably normally. quaint town square.  Seriously, though, what are the chances that we would encounter the real “Robert” in our desperate attempt to escape?  But there he was in all his sinister glory, staring at us.  At this point, Abby was suffering bona fide cardiac distress.  When we reached the hotel, she was screaming that she wanted to go back home NOW.  A  member of the staff, upon seeing Abby’s obvious state, tried to offer reassurance that she would not have to return to the haunted tour.  Only in her broken (Haitian?) English, it came out as “You never go back.  You never go back”.  That’s the last thing Abby remembers.

After that unforgettable trip (despite our attempts to forget), I was not allowed to plan any future family vacations.  Instead, the following summer, Jim thought it would be fun (and wholesome) to take a road trip to Sandusky, OH and ride the rollercoasters at Cedar Point, on the shores of Lake Erie.  Then we were to continue our trip to Niagara Falls to view the magnificence of nature.  Sounded like an okay trip me, considering that I was banned from investigating any local stories of the supernatural.  With a steely resolve to have fun this time and hopefully erase the traumas of past vacations, we eagerly packed the car and hit the road on August 13th, 2003.  On August 14th, 2003, the headlines read “Biggest Blackout in the History of the United States”.  Yep.  That was our trip.  Fortunately, we had no sooner disembarked from a harrowing rollercoaster ride, when everything stopped.  Darkness prevailed and screams were heard all around us as rides that were in progress came to an abrupt halt.

I secretly thanked God that I was not the one who planned this trip, because I KNEW if I had, Abby would most definitely have been one the stranded riders hanging upside down.  We decided to leave the chaos of Sandusky and immediately high-tail it to our next stop, beautiful Niagara Falls.  Which was completely shut down.  It turned out that the most gigantic power-outage ever experienced in the history of the United States followed our exact itinerary.  We eventually headed home, content with the knowledge that, while we may not have been able to fully enjoy the daring fun of Cedar Point or view the splendor of Niagara, we were at the absolute core of the blackout grid.  How cool is that?   Of course, would it have killed someone if there had been just one grisly tale of horror to complete the package?

I’m already thinking about a trip to England.  My sister is living in London while her college professor husband is studying there.  I think it would be nice to visit her and take in the sights of Windsor Castle, Parliament, the Changing of the Guards, Tower of London, Jack the Ripper tours…