A Little Advil For What Ails Ya… 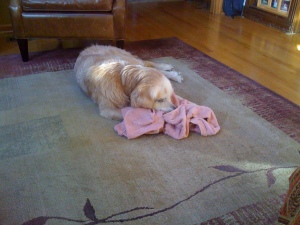 I’m so depressed. Why, you ask? Aren’t you the one who has been drowning in ecstasy upon the realization that your offspring are out of the house?? Hmmm??? Wasn’t that you??? YES, YES that WAS me. I have recently extolled the thrill I get from the freedom to watch what I want to on TV…of utter quiet in the house…of not having to think about dinner EVERY NIGHT… yes…of being an Empty-Nester. I was absolutely gleeful in my post Cellll-A-Brate Good Times… (https://boxwinebudget.com/2013/04/04/cellll-a-brate-good-times/) as I eagerly anticipated a, finally, empty house. I, again, reveled in utter joy when I wrote about moving our baby girl into her college dorm – woo hoo!!! – in a recent post, I Feel Like A Woman…Well, Sort Of… (https://boxwinebudget.com/2013/08/24/i-feel-like-a-woman-well-sort-of/).

Why so gloomy, then? Is it because the quiet house I so desperately longed for is actually TOO quiet? Or maybe the realization that my kids are really gone? And I’m stuck with my husband 24/7? Or, maybe I’m feeling like my role in life is over now. No more kids to raise. Well, the answer to all those questions is NOOOO. Are you CRAZY? It’s not any of those things (although I AM stuck with my husband, but I guess he’s stuck with me too, so…) No, the reason for my emotional bleakness is because it just hit me….I’m NOT alone. And I won’t be alone until a certain geriatric four-legged mass of smelly hair is finally out of my house. Too harsh??

My husband & I were just planning a little weekend get-away with my BWB partner & her husband when mine texted me and said, “We need to figure out what to do about Smelly.” UGH. You see, we’re not in a typical situation, like  normal people, who might kennel their dog somewhere for a few days or, perhaps, hire a service to come check on him while we’re gone. No. We have a circle of trust which consists of a very select few people who are allowed to see our dog. He’s so old and decrepit and has been sickly most of his life, that he is a hot mess on unsuspecting eyes. Most people gasp and say, “Wow, I had no idea he was this…this…gross…”  I’m actually afraid someone who doesn’t know him might report us to the authorities if they laid eyes on him. We’ve endured many visits to the vet throughout his lifetime, spending more money than I care to think about on various meds, diets, and tests until we just decided to kind of put him in a hospice care situation. That decision came about several years ago when the vet told us that he was about as good as he would ever be. And he was still pretty much of a disaster. Once, after bringing him to the groomer for a nice bath and haircut, I was told upon picking him up, “I’m sorry. He still stinks.” That’s true.

So, we’re not spending any money to cure whatever is the cause of his multiple lumps or his apparent blindness or his obvious arthritis. He’s just living out the rest of his days in the house, mainly sleeping. Which is why I always forget about him. The problem, though, is that his “hospice” has been ongoing for a reeeaaallllyy long time. He just won’t die. I know that probably sounds heartless to you dog-lovers out there, but, I mean, c’mon, he just celebrated his ninety-first birthday (okay, in dog years) but, he seriously looks about  a hundred and fifty. We got him when our daughter was starting kindergarten, for God’s sake. Yeah, that same daughter who is in COLLEGE now. I think we’ve done our job raising him. I figured, okay, the kids will have a dog during their childhood and then we’ll be free of everyone. But he won’t go. I feel a little betrayed to be honest. I was under the impression that this breed has an average life-span of about ten years. Maybe twelve. He’s definitely on borrowed time, but every time I inspect closely, I find that he’s STILL breathing. In fact, I regularly text our kids to say, “Hoover’s still alive” And now, I’m stuck with trying to find someone to check in on him while we’re gone who won’t freak out when they see him. All the neighborhood kids I used to call, the ones who were sworn to secrecy, are away at college.

So, that is my sad tale. That I’m not alone, really. And that I won’t be for the forseeable future. My husband keeps telling me that Hoover won’t ever die, so I shouldn’t get my hopes up.  I mentioned that maybe we should give poor Hoovie some Advil to alleviate his pain and he responded, “Isn’t Advil lethal for dogs? That’ll kill him!” Oh, it will? I had no idea. Really…

2 responses to “A Little Advil For What Ails Ya…”